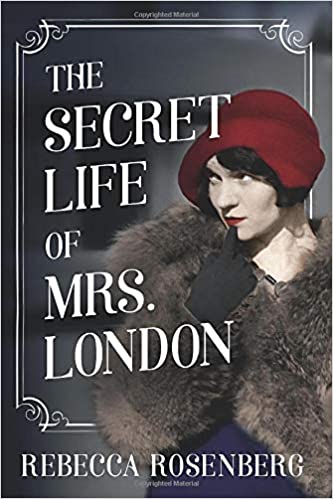 I am conflicted with this book. On the one hand I can’t call it fan fiction as that is written in the style of a person, e.g. Jane Austen. Neither is it purely biographical as it is a fictionalisation of someone else’s biography of Jack London. It is not plagiarism as it is not word for word copying of someone else’s work, but it feels a little too close for comfort. What has it got to recommend it? I guess the prose, which is not bad, I’ve seen a lot worse.

The story is narrated by Jack London’s widow about their life together and apart. Depressive, alcoholic, philosophising, womaniser and what seems at first glance, a talented and prolific writer. His various projects, Eucalyptus, Wolf Hall, The Ranch, his affair in Hawaii, all seem very unsettled and almost manic. It almost proves the rule that there is a thin line between genius and madness.

He meets Houdini and his wife, who are an equally bizarre and eccentric couple. Although the escapology is interesting and the loss of Wolf Hall in a fire dramatic, Hawaii is picturesque, there is little of real interest in this book. I would imagine if you are a fan of the writer, and know of his work, then you my be able to establish some depth of character beyond the mundane. I did feel a little sorry for Charmain, but she had affairs as well, so his absence did not seem as bad.

Overall the book was not bad. I think it would be nice to read one of Jack’s novels, after all, a socialist in America is a rare thing.

One thought on “Mrs London, not quite a biography”