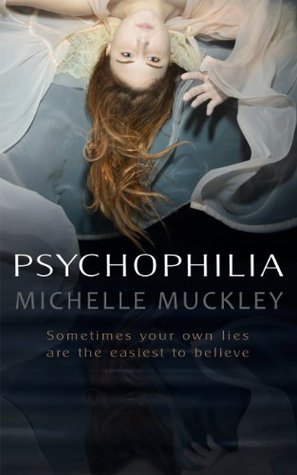 Psychologically disturbing from start to finish. The novel reminds me of The Curious Incident of the Dog in the Night as it is written in the first person and reflects the inner torments of the protagonist, not autism but OCD and psychosis.

Charlotte is married to Gregory and appears to have had a breakdown following a failed suicide attempt. Like many people with OCD, she is obsessed with germs and she washes her hands several times, almost ritually. Everywhere she goes she wears gloves, even keeping bacterial wipes to clean her gloves when she touches something. This is one of the characters’ idiosyncrasies and is a way of distinguishing her from the other characters. Equally disturbing is the self-harm. She not only cuts herself as a measurement of her pregnancy but when she gets a cut on her hand, she continually opens the wound to make it bleed. Bleeding for her appears to be a release of tension.

At the beginning of the novel she is still working as a high-end estate agent, but it is obvious Gregory feels this is unnecessary and probably diminishing to his status. She suspects he is having an affair with their maid Ishiko and this reinforces her paranoia and unstable state of mind.

First-person narratives are naturally intimate as you experience events through the thoughts and actions of the main character. This approach causes restrictions and bias when looking at other characters. Even with this in mind, I am not a fan of Gregory Astor. The name itself suggests monied privilege and a man used to getting what he wants. Ishiko’s warning about the frog in a well seems quite perceptive. Someone shielded and cut off from the outside world does not see the bigger picture. I feel Charlotte’s desperate need to be loved by Gregory blinds her from seeing who he really is and there is the sinister suggestion that he is part of the problem, not the solution.

The Astor’s neighbour Graham, has a mistress, Marianne, who lives with him during the week and leaves when his wife Mary returns home at the weekend. Charlotte becomes obsessed with Marianne, as a mistress she needs to be punished. She makes friends with her and through this, we see Marianne’s drinking problems and depression, which make her verbose and indiscreet in contrast with Ishiko.

Later in the novel, we learn about Charlotte’s childhood and her father’s death, there is even a suggestion that he was having an affair. This may partly account for her antagonism towards Marianne and her need to be wanted by Gregory.

The ending leads towards a crescendo of violence and madness but seems to stop abruptly at the end, leaving things unfinished and dissatisfying. From a psychological point of view perhaps there is no cure, no happy ending and maybe this is what the writer is trying to convey. From a reader’s point of view, it just appears unfinished and this is a shame, as it is a stunning and disturbing tale on a par with Gone Girl and Final Girls. I am afraid I am not a psychologist and can not account for its clinical accuracy. All I can say is from a literary point of view, it is very modernist, which relies on leaving an impression.