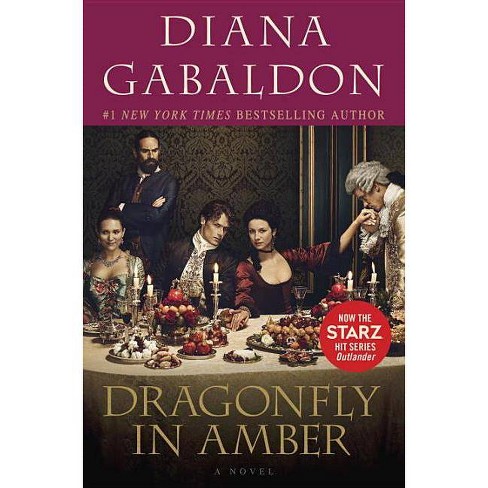 The second book, like the first, is epic in length, continuing the rich and wonderful relationship between Jamie and Claire. It shows the lengths they will go to in order to maintain the relationship and how good intentions cannot always change the future. Steeped again in witchcraft and mysticism this alluded to a century that saw a massive change in both Scotland and England. A time when Catholicism was still viewed with suspicion and the void left by the enlightenment was to be filled by darker ideas, especially at the end of the century.

The story begins in 1968 with Claire and her daughter returning to Scotland after the death of the Reverend. Written in the third person this tells of Roger’s interest in Brianna, he was only a boy in the previous book. Claire wants him to search for survivors of Culloden. In his research, he discovers Claire went missing and came back pregnant. He assumes Brianna does not know her real father, believing this is the reason for coming back to Scotland.

The story then goes back to Claire and Jamie in France and returns to the first person and Claire’s story. She tells how Jamie suffers from seasickness on the journey, how he runs his cousin’s import business while researching sponsors for the Jacobite cause. Jamie’s business interests keep him close to Bonnie Prince Charlie and the Jacobite cause, while they secretly seek to prevent the events which will lead to Culloden. When Charles Stuart lands in Scotland and draws pledges from the clans, including putting Jamie’s name to the list of supporters Culloden seems inevitable.

When Collum McKenzie dies it is Dougal who succeeds him as clan leader and overhearing a conversation believes Jamie to be betraying the Jacobite cause. In the ensuing fight, Dougal is killed and Jamie insists Claire return to her own time for the sake of the baby.

Back in modern-day Scotland, we return to the third person and Rogers story. Claire in an attempt to change fate looks for Geilis Duncan to try and persuade her not to go. Like the first book the second ends with a satisfying conclusion, Claire finds out what happens to Jamie, but leaves the door open for the next book, with the question, will she return to Jamie or stay with her daughter.

In common with the first book, this is beautifully written and there are some interesting points about the court of Versailles, but I suspect the passages in Scotland are more historically accurate than those of France. This did not diminish my enjoyment of the book. I really liked the introduction of her daughter Brianna who obviously idolized her father Frank and shows the other side of this three-way, complicated relationship.