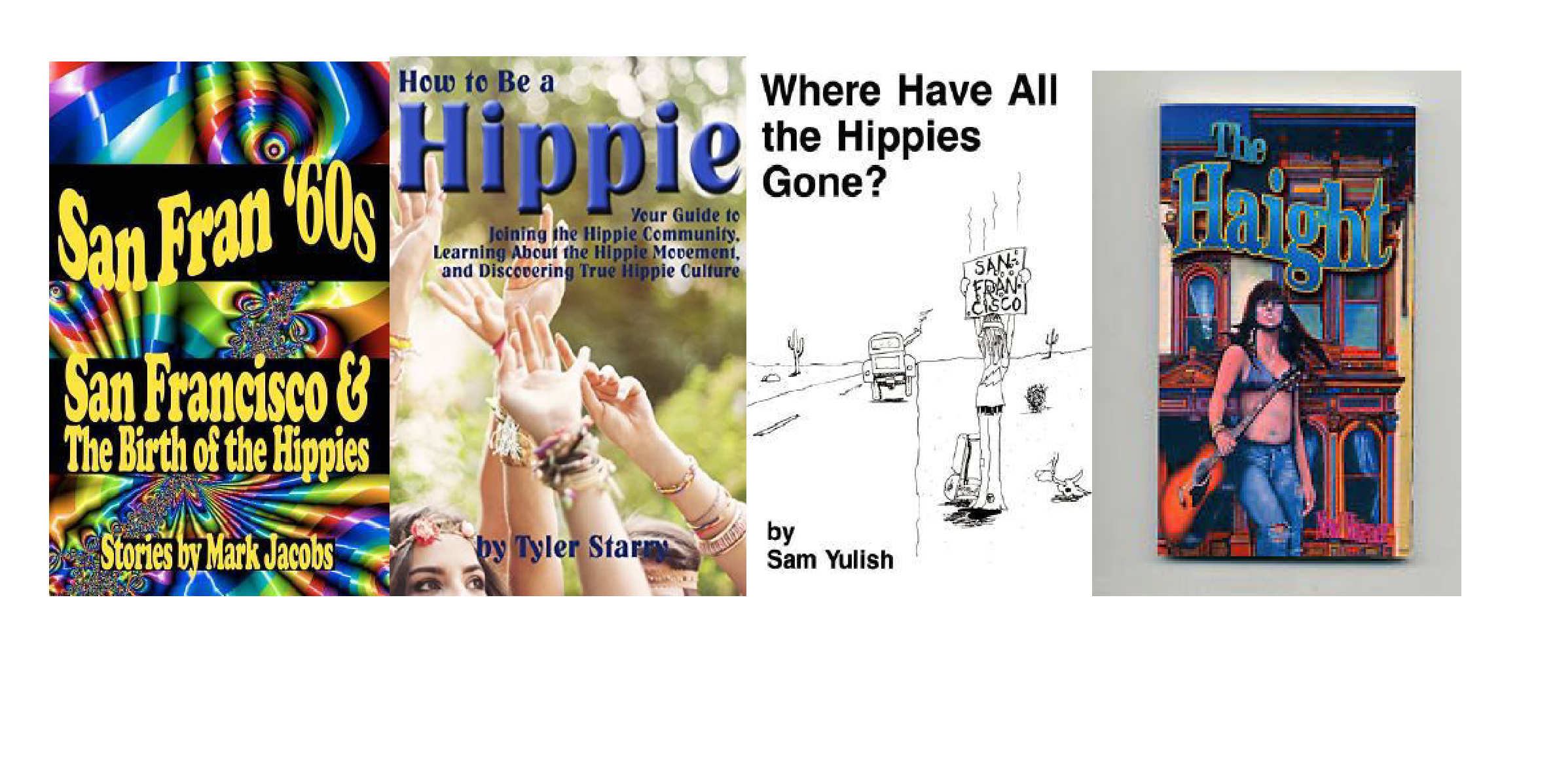 For a counter culture that called for change and a better world it has been portrayed in fiction, as well as in reality, in a very negative light. Many concentrate on the drug aspect, (San Fran 60’s) and are self-indulgent at best. Others make an attempt to define and offer a more rounded view – How to be a hippie and Where have all the hippies gone? The most fictional attempt is The Haight and although there is some good historical detail it doesn’t live up to its potential as a novel.

In terms of films, the Love ins was filmed on the Haight in 1967 amongst much controversy in the community and ends in a cult and the shooting of its leader. Psych Out concentrates on the drug aspects and runaways. More modern films such as Across the Universe, Wanderlust and Peace Love & Misunderstanding, are far more positive. The characters have their problems, but the outcomes seem more balanced.

Hippie was a media term of abuse, synonymous with dirty, lazy, drug taking, irresponsible youth. The police chief actually called them the Love Generation. In truth they were mostly middle class, well educated, often students, some only part time with a regular job in the week and spending their weekends in the park. They felt consumerism was both destroying people’s lives and the environment. Rachael Carson’s Silent Spring was written around this time. They saw conventional society as hypocritical and dishonest, perhaps their parents suffered unhappy lives and they wanted something better. The promise of a better future.

When I wrote Peaceful Meadows in 2008 it was for my husband who wanted a modern hippie commune that worked. Set in the 1980’s the anti-materialism of the commune was meant to contrast with the prevailing culture of the time. Again the undermining influence of the media was meant to mirror the bad press the original hippie movement received. It was important that the commune survived and triumphed over adversity, as an alternative way of life.